Click on the link below to see an Op-Ed that appeared in the Berkshire Eagle. Sheriff Bowler Op-Ed (PDF) 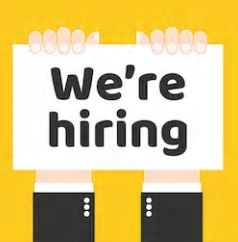 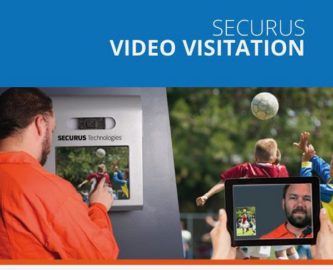 The Berkshire County Sheriff's Office, along with Securus Technologies is pleased to announce the roll out of Video Visitation.  The service is now operational and family members need to enroll at www.securustech.net This is just another effort the Sheriff has...

The Berkshire County Sheriff’s Office has an immediate opening for a full... 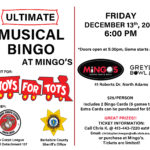 The Berkshire County Sheriff’s Office and the Marine Corps League Pittsfield Detachment 137, is... 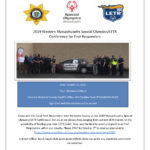 Come and Join Local First Responders from Berkshire County at the 2019 Massachusetts Special...

The 30 towns and 2 cities in Berkshire County are encompassed within 946 square miles of rural, mountainous terrain. The Sheriff offers an array of support services to all law enforcement agencies in the county to include: K-9 Unit, Mounted Unit, Underwater Search and Rescue Unit, Mobile Command Center, Traffic Control Trailer, electronic sign-boards and portable light towers.

The Sheriff’s Office is headed by Sheriff Thomas Bowler, who was elected Sheriff in 2010 after serving over 24 years with the Pittsfield Police Department as a detective. The Sheriff oversees a staff of over 200 employees, and manages an annual operating budget of $17.5 million.

Berkshire County Sheriff's Office updated their info in the about section.

Sheriff Bowler and the staff at the Berkshire County Sheriff’s Office want to take this opportunity to recognize a community member who has inspired so many in his community and continues to protect and serve not only as a former firefighter, but now as a police officer and paramedic through Southern Vermont, Western Massachusetts and Georgia.

Today we would like to recognize Amalio Jusino whose career in public safety began when he was 17 years old after joining the New Ashford Vol. Fire Department. Shortly after graduating high school, he transferred departments and began working as a probationary firefighter in Pownal Vermont. While in Pownal, his desire to learn more and be proficient at his job drove him to educate himself which pushed him through the ranks to Assistant Chief with over 15 years of service to the department. While serving with the Pownal Vermont Vol. Fire Department, he also served as the Juvenile Fire Setter Counselor for the State of Vermont’s Youth Fire Prevention Program. As an advisor for the program, he assisted with the mentoring of local youth in firefighting and also school work, family, peer pressure and much more. However, this passion to educate himself wouldn’t leave him and further pushed him to start his own company, Southwestern Vermont Fire Prevention & Education which focused on educating schools and local residents on fire prevention.

Other than working as a firefighter, he also serves as a paramedic with Northern Berkshire EMS. He began his carrier there starting out as an EMT and advanced himself through the ranks to EMT-Intermediate, all the way to paramedic and Assistant Chief. He also completed a Tactical Medic course which was a 56-hour Counter Narcotics and Terrorism Operational Medical Support Program held at the Massachusetts State Police Academy. Bringing his knowledge and training to his department has assisted in saving multiple lives and his knowledge has helped better those around him. Then in 2005, he started another company called, Emergency Response Consulting LLC, which provides training and education to first responders along with many aspects of workplace safety training. Currently right now, he serves on the Berkshire County Special Response Team as their team medic and has helped advance their knowledge with emergency management and how to deal with traumatic injuries.

Besides working as a firefighter and paramedic, he previously worked at Williamstown Police Department where he served as a patrol officer and DARE officer. He also worked as an MCLA Campus Police Officer where he received the Governor’s Award as a Commonwealth Employee of the Year for his work in the college’s fire prevention and emergency management programs. Currently, he works for the Cheshire Police Department as a patrol officer and takes pride in keeping the community safe.

However, with everything that he has done in the field of public safety, his true passion is teaching emergency management to front line first responders and those in the workforce. He received his Emergency Manager Certification from the International Association of Emergency Managers. He developed this passion through his experiences in public safety and after the tragic loss of a friend who lost their life during an active shooter incident. Due to his experience and training, he has assisted with multiple Homeland Security exercises and also helped many communities in developing their own responses to active shooters.

His work doesn’t just stay in New England though, during Hurricane Andrew, he was in Georgia as the state braced for a massive hit from this power storm by establishing and operating an emergency shelter. For his work, he received a commendation from the Red Cross for his efforts during this challenging time. In 2015, as Co-Chair of the Northern Berkshire REPC, they received national recognition from FEMA and were honored in Washington DC with individual and Community Preparedness Heroes Awards. Most recently, as COVID-19 hit Berkshire County, he took charge and ran the Northern Berkshire Regional COVID Operations as the coordinator. During this time, he assisted with not only supplying first responders with the right gear to protect themselves, but also essential workers to make sure they could perform their jobs safe and effectively. They also tracked cases and connected agencies throughout Northern Berkshire through his development of a Virtual Command Post which helped prevent the spread OF COVID-19 further into the community.

He also was involved in being one of the first communities Massachusetts that got their fire, police and EMS personnel carrying narcan. He traveled throughout the country to see how not just his community, but how many other communities were handling the opioid crisis. He is currently working with many state and local government officials to improve the process and availability for our first responders as we still continue to battle this crisis. He also is in the development of new technology under his new employer, 3 Tribes Technology, where he is currently the Director of Strategy & Innovation. He helped develop a solution that eliminates the complexities of racial disparities in healthcare while providing a transparent solution for not only the individual in need, but also the first responder.

Even with his busy schedule though, he still finds time to give back to the community. Whether it is for the Special Olympics, or Toy Drives, he is committed to always giving back. Currently as you read this, he is doing a 75 mile bike ride fundraiser for kids with cancer because he never stops giving back. He is just one of many professional and dedicated public safety officials in Berkshire County. Many like him go above and beyond their duties and are truly committed to their communities. Please like and share as we congratulate Amalio Jusino and the many others who are committed to protect and serve! ... See MoreSee Less